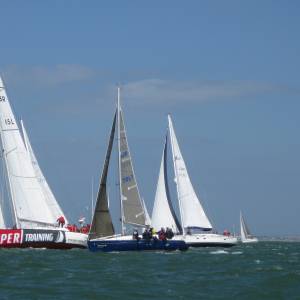 Fun on the finish line

The famous Round the Island race took place this weekend and as ever, Boatshed had a set of trusty reporters out on the line to take photos and give us their eye-view of the proceedings.

The JPMorgan Asset Management Round the Island Race, took place on the 28th June 2008 in Cowes, Isle of Wight, England. Nearly 1,600 boats competed over the 50-mile course around the Isle of Wight in a race that saw some of the biggest names in the sailing world competing with weekend sailors and family crews.

The day started overcast but breezy as the boats tacked down to The Needles. The main problem on the next leg, to St Catherine's Point, was visibility as banks of low fog rolled eastwards. The sea condition south of the Isle of Wight was variously described as grim, hairy, wild, lumpy and on the edge. As the leaders returned to the Solent however the sun came out and the wind lessened but became shifty, keeping everyone on their toes to the end.

The race usually favours either big or small boats, but the results overall in IRC showed a real mixture at the top of the leader board. First came a big boat from IRC0, Ran - TP52, followed by last year's Gold Roman Bowl winner Edward Donald in his 25 foot Folkboat Madelaine, with another TP52, Henri Lloyd Cutting Edge, eight seconds later on corrected time.

Boatshed, Boatshed Performanceand Boatshed Classic are all full of boats that you could buy and enter into next year's race. And we're sure that if you need crew, you only need to ask! 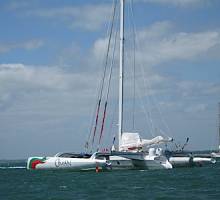 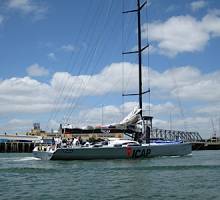 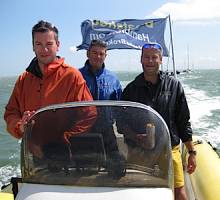 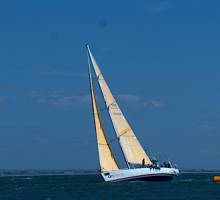