The first day of racing was difficult with squally conditions. The Skippers and crews have had a hectic last month preparing for the race. The first three days of the race will be the most difficult with the (TSS Traffic Separation Scheme Shipping Lanes), other competitors and the weather! Grey Power and Sir Robin Knox-Johnston headed North away from the pack into clearer waters and reefed sensibly down so as not to damage the boat at this early stage.

The distance between the leader and the back of the pack is approximately 600 miles. There have been 13 abandons with some of those to restart after fixing the boat. SWISH raced by Phillippa Hutton Square collided with another Class 40 giving hull damage and mast fracture under the first spreader. Tanguy Lamotte has pulled into Roscoff to repair damage to rudder mountings, hoping to restart soon. PASIS-ASIA raced by Ricardo Diniez restarted the race last night after sorting his diesel leak. 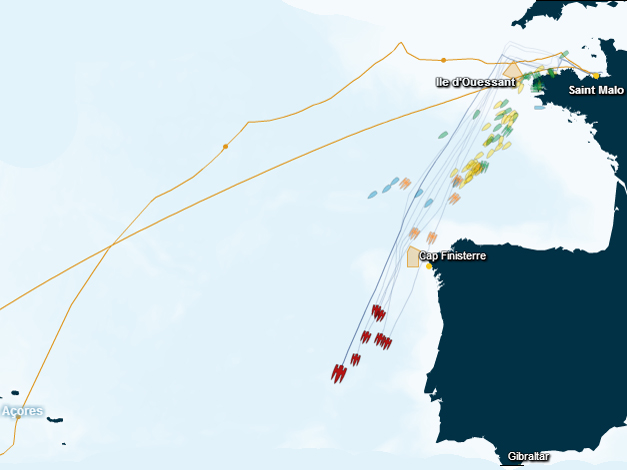 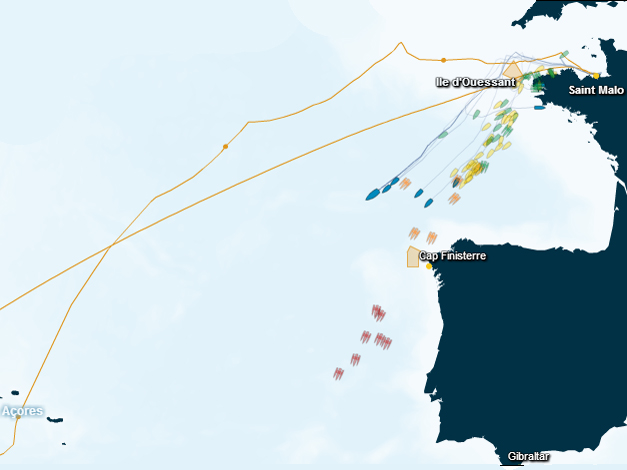 See yellow boats - The Biscay is difficult for the Class 40's who have an unstable westerly airflow and confused seas. They should start to reach Cape Finistere tonight with big seas expected and 25/30 knots of wind. 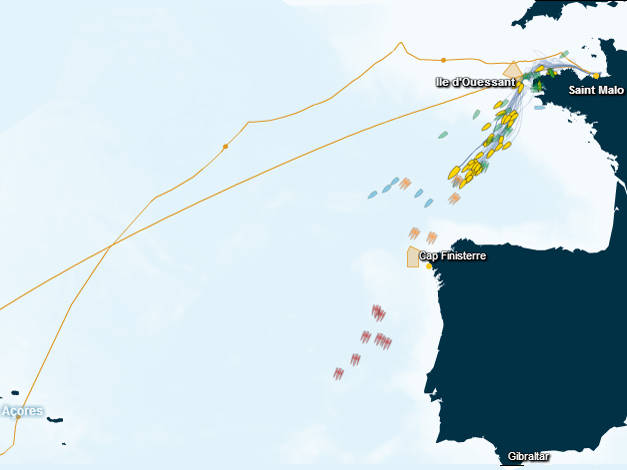 See green boats - Worth watching Grey Power raced by the 75 year old Sir Robin Knox-Johnston who's wealth of experience has nursed his boat through the first two nights without damage. Now in the middle of the pack at 11th place steadily making progress. 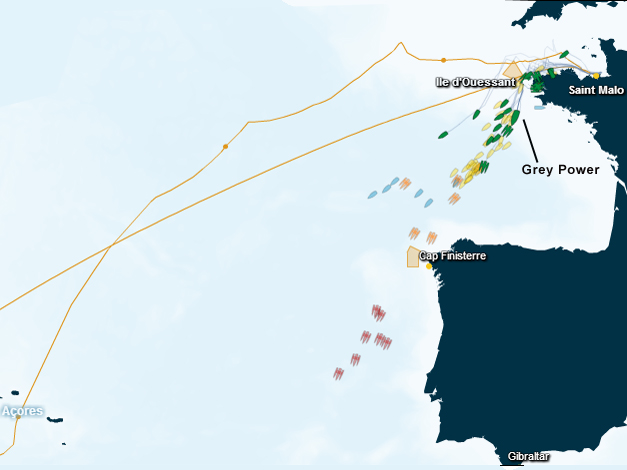