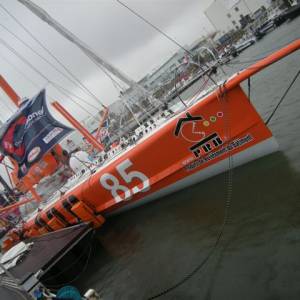 After a night of wondering what the weather was to be for the start of the Vendee Globe Challenge Sunday saw a unsettled sky in Les Sables d'olonne.

All skippers and shore teams came across as being in good form and no major panics on the horizon.
A hats off goes to the Alex Thomson Racing team on Hugo Boss, who managed to not only build a new Open 60 for this race but also complete some major repair works after she collided with a trawler on her way into the race village just a few weeks ago!

Looking at her now you would never have believed the story.

This edition of the Vendee brings about many new changes in the boats to make them stronger, lighter and faster. There is an in-depth view of the major changes and alterations that are featuring in this 6th edition of the Vendee.
All trying to not only cross the line first but also beat Vincent Riou's time on PRB in 2004 of 87d 10h 47’ 55’’

The end result of the course not only depends on the boat but the skipper. The podium places will be keenly anticipated by all to see what changes have proven themselves over the course of a non-stop circumnavigation!

The sold out crowd of 30 strong entries this year brings some very new boats and some tested ones the full list of skippers below will be fighting to be that first pair across the line.

A ROUND UP OF PHOTOS FROM ON THE GROUND AND WATER WILL BE APPEARING HERE SOON! 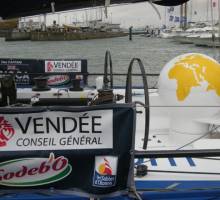 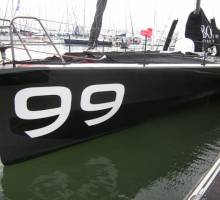 Bernard Stamms stern sure to be seen by many 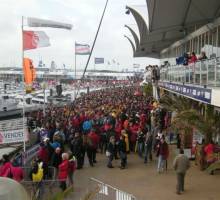 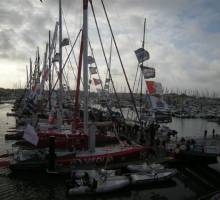